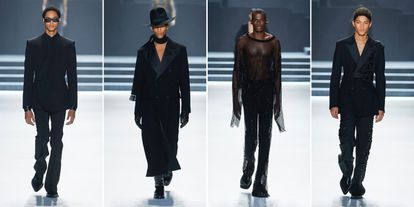 The fashion show that kicked off men’s fashion week in Milan last Friday was also the one that generated the most buzz among the public. It was the first Gucci collection since the departure of Alessandro Michele, the brand’s creative director between 2015 and 2022. The new collection, designed by the brand’s creative team, emphasized polished and elemental offerings, stripped of the baroque to instead lean on Gucci’s past styles. For example, it featured lacquered canvas fabrics that give shape to the brand’s accessories with prints from 1970s. The collection also borrowed from the archives, alluding to rock aesthetics and the brand’s classic tailoring. Gucci’s suits, both structured and wide, exemplified the return to elegance that has been a common thread in the week’s fashion shows.

In fact, Dolce & Gabbana’s collection for next fall is refining the fashion house’s language. In the summer collection they showcased last June, Domenico Dolce and Stefano Gabbana revisited some of their greatest hits; now these are complemented by a primarily black collection – with some gray and several white jackets, some of which feature the brand’s feminine tailoring in an effort to strip away ornamentation and emphasize silhouettes instead. “We are saturated with images, so we wanted to reflect who we are [by really] polishing each garment,” Dolce commented before the fashion show. “It’s not minimalism but our codes.” They have brought back their legendary corsets from the early 1990s, which stylize the waist and contrast with huge coats. They are focusing on tailoring to counter the overuse of sportswear. “When you ask any young person, what they want is a suit, not a sweatshirt,” Gabbana said. “It’s not true that this generation doesn’t like suits.”

This hedonistic conception of tailoring also permeates the Fendi collection, which is presented to a soundtrack by Giorgio Moroder, in one of the line’s nods to disco. The disco ball’s reflection inspired the color palette. Some garments have tiny silver discs woven alongside traditional sequins. “Nightlife brings people together,” as Silvia Venturini Fendi, the line’s creative director, explained moments before the fashion show. Many of the elements are influenced by her life and personal style. For example, the disco details and asymmetrical vests recall Venturini Fendi’s time in New York, when she went straight from the club to the office, wearing a sequined shirt under her suit (“it was my way of seeing the world,” she reflected). A personal touch is the use of tailored jackets and coats, which extend into fabric pieces that drape like a cape. Fur, one of the Roman fashion house’s specialties, is presented in trompe l’oeil fashion, as are its airbrushed and stencil-dyed sheepskin jackets.

Semiotic games are common at Prada; since Raf Simons joined the brand, they’ve become immediately recognizable details. Simons and Prada created a type of false collar for their coats. This mimics a knitted collar overlaid on an elongated shirt collar. There are also minimalist tunics – almost mid-length dresses – with wide boatneck collars, and quilted jackets and coats, suggesting the rounded shapes cultivated by both designers.

This season, continuity has been a consistent theme. The styles are focused on redefining comfortable elegance. This has presented a challenge to Italian fashion designers. They have realized that they cannot rely only on tracksuits and sneakers which are already falling out of favour. Perhaps that is why Armani’s two collections – Emporio Armani and Giorgio Armani, the brand’s two main lines, reflect a comforting classicism in which the sporty elements, such as pants with pockets and quilted coats, do not distract from Armani’s customary precise lines and sober hues (blues, blacks, grays, velvets and pearl tones).

For historic fashion houses, past designs can serve as both a refuge or a burden. Marco de Vincenzo, who was appointed creative director of Etro last summer, debuted his first menswear collection, which features barely any prints; it showcases motifs that allude to the company’s history instead. The designs are translated into knitted elements – for example, a pixelized version of the house’s paisley print – and floral and fruity embroidery on coats and knitwear. Since de Vincenzo’s arrival at Etro, the fashion house’s silhouettes have become more contemporary and graphic.

Jonathan Anderson’s eponymous label JW Anderson refuses to offer a variety of styles that are designed as dynamite in stores and social media. His tiny shorts with knitted motifs, boots with buckles and knitwear screen-printed with nudes are less whimsical than one might think and reveal Anderson’s unerring talent for creating unmistakable, long-lasting garments.

Alessandro Sartori, Zegna’s creative director, emphasizes the house’s commitment to artisanal and sustainable materials in his new collection. Seventy percent are cashmere garments that have been treated with advanced techniques similar as traditional fabrics. For example, ratiné – the treatment used in the mid-20th century to give ordinary fabrics a fluffy appearance – is now applied to the fashion house’s luxurious cashmere, Oasi Cashmere. The rest of the 30% is made up of recycled wool fabrics that are used in light-weight tailored garments. The result is an infinitely combinable wardrobe that is as comfortable and flexible as sportswear, but it simultaneously reflects the brand’s noble and minimalist elegance. Putting one’s eggs in a single basket is risky, but Sartori knows what he’s doing. The fashion show’s opening ceremony will feature an installation that recreates the space in which cashmere yarns settle on the floor and flutter before becoming yarn. In an era of visual debauchery, fashion offers tactile delights and a certain elegance that nobody can define precisely, but it is nevertheless fundamental to the Italian brands’ future. 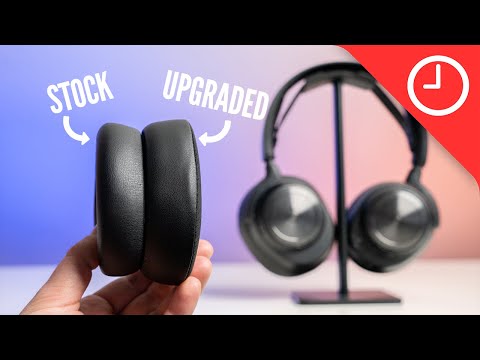