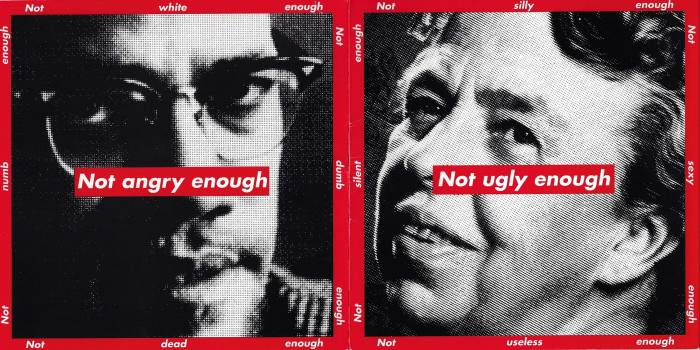 Pedro Barbosa’s house, in the leafy Jardins neighbourhood of São Paulo, is, at first glance, that of any avid art collector. You can see every surface of the house, with monochrome paintings and minimalist sculptures. True, there’s nothing in the way of market-friendly figurative painting, but the real revelation comes in the windowless garage downstairs, where, next to the family’s cars, beside a perch for their pet parrot, Barbosa has built what he calls his “cave”.

You will find hundreds of artist multiples in this maze of metal racks that runs from floor to ceiling. There are also folders of historical gallery invitations, entire runs of experimental magazines, esoteric publications and stacks of rare vinyl records. Barbosa claims he could spend hours here.

“There are dealers of ephemera,” he says. “It’s a growing market. These announcement cards were selling for a single dollar 10 years ago, now they cost me something like $500.” Are some more valuable than others? “Any of the Robert Barry announcement cards of the exhibition in which the gallery was closed are special.” (In 1969, the American artist sent out invitations to three exhibitions, informing the receiver that in each case the gallery would be closed.) “I’ve got one.”

Barbosa is a chemical engineer by trade, and he comes from a family of scientists and academics. He started his career in banking, but after making a fortune in bond trading, now he devotes his time to art. He bought his first artwork in 1999, a kinetic sculpture by Jesús Rafael Soto, having seen the Venezuelan’s work at MoMA in New York.

His collection of archival material, which he has built with Patricia Moraes as his wife, is a natural progression out of his interest conceptualism. This attracted him due to its academic rigour. “Conceptual art was often ephemeral, so in order to have a complete collection I had to go and look for the material that went beyond the actual art action.” Barbosa cites Ian Wilson, the artist who died in 2020 having not produced an object for sale in more than 50 years. Instead, Wilson’s most iconic project was a series of public discussions in which he talked about a particular subject but left the event unrecorded. “The only thing left is the announcement card, so that is the thing I have to collect.”

Barbosa is aware of the country-specific composition of his collection. “I reckon that around 40 per cent of the collection is work by Brazilian artists, but that is a percentage dramatically decreasing all the time . . . I happen to have a Brazilian passport, I happen to be here, but I don’t care about borders and geographies.”

There are compatriots he rates, however: the current exhibition at the non-profit gallery space in central São Paulo he opened last year includes the work of Denilson Baniwa and Cinthia Marcelle, alongside international names Martine Syms and Mona Hatoum. He also enthuses about Jonathas de Andrade, who is representing Brazil at the Venice Biennale, and Bruno Baptistelli, a São Paulo-based rising star.

The collector bought key works of theirs early, he says, including de Andrade’s “Moral Census of the City of Recife” (2008), a compendium of questionnaires gathered after the artist posed as a census-taker to record the north-eastern Brazilian city’s views on manners, and Baptistelli’s black-on-black text silk screen, which juxtaposes the two Portuguese words for black, referring to the colour and the skin tone.

Both artists’ use of language and text are typical of Barbosa’s enduringly academic taste, as is their subtle social satire on class and race. “The subjects that have my attention are global subjects,” he says emphatically. “They are political subjects.”

Hans Haacke is the collection’s linchpin, according to the artist. He is a German artist well-known for his sharp political commentary and razor-sharp art. “Helmsboro Country” (1990), a screen print by the artist, features what appears to be an enlarged and unfolded packet of Marlboro Red cigarettes, the brand name replaced with that of Jesse Helms, an American senator who had received funding from the Philip Morris tobacco company.

Barbosa’s previous work has led to questions about finance and ethics being raised in his current work. His most recent purchase was a piece from the Poem for the Economy Oriol Vilanova (Spanish artist) created the series. It features a series of numbers painted white on black, each representing the stages of Barbosa and Vilanova’s haggling during the commissioning process. They eventually settled on the price of €13,000. Carolyn Lazard (a young American artist who addresses labour and disability issues) also found a limestone wall-based sculpture.

“On the financial side, Brazilian art is overpriced,” Barbosa says. “You hardly see a name that isn’t Brazilian in the museums or galleries, and if you stop showing foreigners there are consequences for the market. You can buy an amazing Hans Haacke now for less than any of these big Brazilian painters.” This frustration with the country’s apparent insularity is one of the reasons that last year he opened his gallery, which is programmed by his team of up to nine researchers and hosts residencies for artists and art historians to dive into the archive.

There’s a completist zeal to his collecting, Barbosa admits, especially when it comes to the ephemera. “So often the résumés of artists turn out not to be comprehensive, so it’s always amazing when you find an invitation card for a show not listed.”

Surely there’s a danger that, with email, this culture is a dying one? Barbosa agrees. “People are really going to regret turning to digital. If you’re not printing, you’re erasing your history.” He adds that physical material such as gallery adverts or exhibition posters have an academic worth too. “I have 480 items relating to Lawrence Weiner’s career. It’s crazy!” The American artist was known for his work involving typographic texts. “But if you look at all these cards together you can see clearly how Weiner’s aesthetics changed over time. It’s beautiful. And it’s a fascinating resource for anyone studying graphic design for example, something you don’t get if you only studied his work. It’s another way of facing his practice.”