Pakistan doesn’t have an existing legal body that could regulate and supervise compliance bodies. In the absence of this monitoring, expansion of a for-profit organisation, having a history of fraudulent and illegal factory inspections and assessments, could threaten Pakistan’s textile and garment industry.

After the Rana Plaza Factory’s collapse, the Bangladesh Accord on Building and Fire Safety was created in 2013. The country’s National Tripartite Committee (NTC) on the National Tripartite Plan of Action (NTPA), mandated Accord to function under the direction of the internationally recognised workplace safety standards. The committee welcomed Accord in support of the implementation workplace safety standards. This is subject to regulation and monitoring under the NTC.

Accord, however, violated the Bangladesh’s National Tripartite Plan of Action by conducting fraudulent and illegal inspections. It failed to fulfill the legal obligations, and it took an unilateral and arbitrary role in implementing safety standards. This was without oversight by any national authority.

Accord’s illegal and unlawful role was highlighted in the Supreme Court of Bangladesh. The evidence clearly demonstrated that Accord terminated factories based not on its own inspections but on the information it received from its counterparts in order to coordinate its actions with them. The factories terminated by the Accord were found to be compliant under Bangladesh’s national guidelines. This proves that, Accord’s factory inspections were not only deceitful, they were also fraudulent, in the absence of a tripartite consultation, which only aimed to gain monetary benefits by projecting a biased and an incorrect scenario of the sustainability progress in the country, thus causing grievance in the industry.

Bangladesh’s Transition Monitoring Committee (TMC) limited Accord’s authority to exercise via a transition period of six months, after which it was obliged to transfer all its functions to a national regulatory body. Accord’s credibility and integrity was questioned by several national authorities, companies and brands. This animosity and expulsion threatened Accord’s survival and existence in the country. The agency has now changed its name to ‘International Accord’ and en route to hunt other countries to gain a foothold. Unfortunately, Pakistan is the priority.

Unregulated inspections by International Accord can put Pakistan’s textile and garment industry into a zone of serious threat. This will not only blackmail the sector with deceptive inspections, compliance assessments, but also the illegal monetary gains that these inspections will bring. These inspections can also hamper the companies’ sustainability progress.

Further, local operating scenarios for small and medium businesses are completely different. For instance, Accord’s unnecessarily stringent and rigorous standards for the industry, designed in the absence of a tripartite consultation, are no way closer to considering the current capacity of SMEs to fulfil them.

A violation of relevant UN conventions is also the absence of tripartite consultation. Accord will not only ignore the local nuances but will also cause unnecessary, duplicated and unregulated inspections which could threaten the survival of SMEs as well as their current sustainability, progress, and the livelihoods of thousands. This will pose a serious threat to the sustainability of SMEs’ social and environmental aspects.

Accord has published numerous reports about the current situation in Pakistan regarding compliance with safety and health standards. However, the data is inaccurate and out of date. This analysis focuses primarily on the current health and safety situations during Covid pandemic.

This article misleads the audience by not highlighting that Pakistan wasn’t alone in suffering from the effects of the pandemic. In fact, almost every industry in every country experienced similar problems.

The actual compliance situation tells a completely different story. Pakistan has been fulfilling its international treaty obligations and the pace has improved significantly over the last few years. Pakistan’s textile and garment industry has already aligned its development with the UN Sustainable Development Goals. Pakistan plays a major role in raising awareness about occupational safety and health standards. GIZ and WWF, as well the existing compliance certification programs have helped to make sure that fire and building safety is maintained and employees are well taken care of.

The already existing compliance to health and safety standards in the country is fulfilling, and the industry does not require Accord’s assessments to take place in an unlawful manner.

Pakistan must realize the dubious intent of the International Accord that prompted its expansion in Pakistan. Accord has a long history in Bangladesh of imposing an unconstitutional and arbitrary role on Bangladesh. This country is well on its way to sustainable development. Pakistan’s case is no different from Bangladesh. 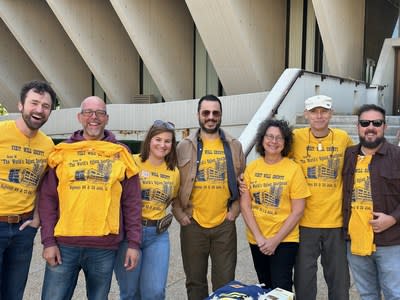